Due to COVID-19, HCA’s lobby is closed until further notice. Learn more about your virtual customer service options. 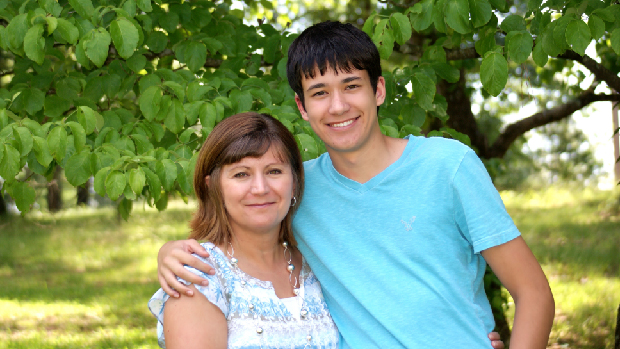 When Mary’s son was diagnosed with HIV, they didn’t know what to do or where to turn for help. She was worried for her son, who was only 19 at the time of his diagnosis. Without health care, what would happen to him?

HIV weakens the immune system by destroying important cells that fight disease and infection. Untreated HIV can cause AIDS, a condition that makes it harder for the body to fight off other diseases.

There is no cure for HIV/AIDS, but there is a very effective treatment called viral suppression.

Viral suppression medications can cost anywhere from $2,000 - $5,000 dollars a month. Mary realized without health insurance to help pay for her son’s treatment or doctor visits, care would be unaffordable.

“No parent should have to bury their child because they can’t afford their medical costs,” said Mary.

Mary’s son developed an infection shortly after his diagnosis, which brought him to the emergency room. During that time, they received a referral to a social services organization specifically for those with HIV. There they learned about free or low-cost health insurance through Washington Apple Health (Medicaid). He was determined eligible for coverage and soon began his journey to wellness.

Because of Apple Health, her son was able to get the medical services he needed and his viral suppression treatment paid for. Today he is happy, healthy, and will live a long, productive life with continued treatment.