Due to COVID-19, HCA’s lobby is closed. Learn more about HCA's customer service options during the pandemic. 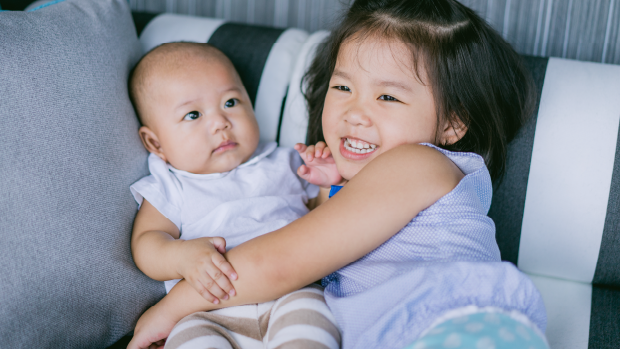 Expecting their second child, Angela and her family were living in an area with limited access to medical care. Not only was her daughter behind on immunizations, but Angela felt their options to access health care were limited. Prior to the COVID-19 pandemic, they had been planning a move to Washington State, which got fast-tracked when the pandemic hit.

Before arriving in Washington, their immediate concern was securing health insurance. Their current health coverage had a high deductible and copays, making it too expensive for their budget. Angela called Washington Apple Health (Medicaid) and learned her entire family met the eligibility and income requirements and would qualify for health coverage. “Once we knew we qualified for Apple Health, I could relax,” Angela said. She applied for coverage online through Washington Healthplanfinder and received assistance with the application process over the phone. Angela found the staff to be helpful with answering her questions.

Angela could select a plan aligned with the services they needed most. This allowed her daughter to catch up on immunizations at her well-child checkup and let Angela go to the midwife and birthing center of her choice.

Shortly after their second daughter was born, their 2-year old had an unexpected medical emergency. She accidentally got into a family member’s high blood pressure medicine. After contacting poison control, they went to the emergency room (ER). Having reassurance the visit was covered, she took her daughter to the ER without worrying about the cost.

Angela received such respect and care during her visits and became quickly convinced it did not matter to her providers that she was on Apple Health. She wants you to know, “If you aren’t sure about applying for government assistance it never hurts to see if you’re eligible; there is a lot of support to help you through the process.”

Need health insurance? You may be eligible for free or low-cost Apple Health coverage. Apply today through Washington Healthplanfinder.