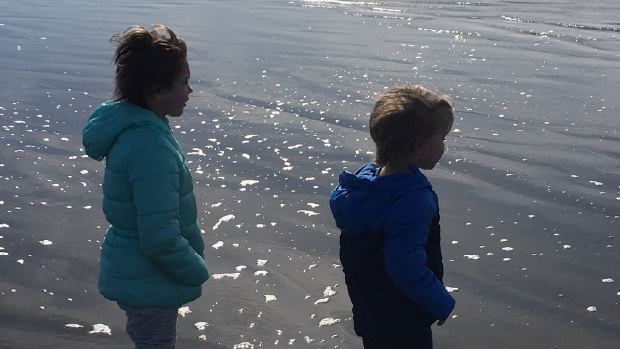 Megan has been a foster parent in the Olympia area for several years, her home being a known safe place for social workers to place kids whose families are in crisis.

Over the years Megan has fostered many children, most coming to her with incomplete medical care. The situations they come from don’t always have the structure or support for making sure the child has been to the doctor or had their health needs met.

For example, Megan helped a 4-year-old girl get the glasses she badly needed before she went back to her biological family. Her family had been struggling too much to help get her the complex care she needed.

“Because she was placed with me and I had Apple Health coverage for her, I could take her to see the specialists she needed to be diagnosed and treated for her vision problems,” said Megan. “Even though she was back with her family quickly, at least now they knew what her needs were and had a care plan in place.”

As a crisis placement foster parent, Megan is used to the unexpected. Both of her adopted children came to her suddenly. Once, she was even handed a baby at 2 a.m. in a Target parking lot.

Megan’s daughter came to her on an evening when she was downtown eating dinner with a friend with plans for a movie afterward. She got a call from a social worker asking if she could take a 5-month-old baby immediately. She left dinner and met the social worker to get the baby girl. Eventually she was able to adopt her.

Her son was placed with her at birth a couple years later. Megan and her daughter were on their way to the airport to visit her parents for Thanksgiving when her phone rang. A newborn had been left at the local hospital for adoption and the social worker asked Megan if she wanted him. She dropped all her plans, and instead of going to the airport, she picked up the baby and dashed to the store to buy everything a newborn would need.

“I feel very fortunate to not have any health care costs for them,” Megan said. “If they get hurt on the playground or something, I don’t have to worry about where I take them for urgent care, deductibles being met, or anything like that, because it’s all paid for with the double coverage.”

Both of her children were born with minor health impacts from methamphetamine exposure, which can sometimes take years to surface. Both kids came from families with multi-generational substance misuse. Because they are covered by both Apple Health and her other insurance until they are 18, it helps give Megan peace of mind if some treatment is needed later in her children’s lives.

To find out more about becoming a foster parent or adopting a child out of foster care, visit the Department of Children, Youth and Families website.