After accident, hiker gets the care she needs through Apple Health 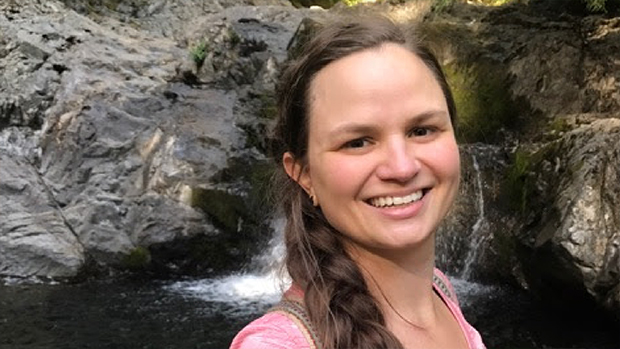 While in college in 2014, Kayleigh went hiking with a friend with the ambitious goal of summiting an 11,000 foot mountain in Utah. Shortly after summiting, they could see a thunderstorm rapidly rolling in. Kayleigh’s survival instincts kicked in.

“There wasn’t anywhere we could take cover. I remembered the best way to avoid being struck by lightning in the open was to keep in motion,” Kayleigh said.

She and her friend scrambled down the mountain to get out of the storm, running over sharp, loose shale in their hurry. When they encountered a rocky ledge they couldn’t find a safe way down. Kayleigh’s friend went first, but slipped and fell on her head. Terrified of falling herself, Kayleigh tried a different way down, but the rocks she clung to crumbled in her hands. She fell onto the uneven ground below and rolled for several feet.

“My friend asked if I was okay, and I said I was to keep morale up, but it felt like my leg was dislocated,” she said.

Later, Kayleigh found out her pelvis was broken. It took search and rescue more than three hours to locate and transport them to the hospital.

That was the beginning of her journey back to health, which took more than a year. During that time, Kayleigh turned 26 – meaning she would no longer be able to stay on her parents’ health insurance. Kayleigh still had a lot of physical therapy to do, and finding a job while she was in recovery was proving to be difficult.

As the anniversary of her accident drew near, Kayleigh began to experience severe anxiety, likely from the trauma she endured. With the added worry of having no health insurance, the anxiety grew to the point that it began interfering with her daily life.

While searching for options online, Kayleigh found out about Washington Apple Health (Medicaid). She applied online at Washington Healthplanfinder and was approved for free health care. She was able to continue with her physical therapy treatments, and also found counseling for her anxiety.

Today, Kayleigh continues to get the health care she needs without worrying about how to pay for it.

Just a few years before Kayleigh’s accident, the Affordable Care Act was passed, allowing for Medicaid expansion. More than 550,000 additional single adults have access to free or low-cost health care in Washington thanks to that expansion.